Is there anything cuter than a farm-themed birthday party? What if you add farm animal cake pops? Cake pops are such a fun and easy treat that adds just the right amount of sweetness to your dessert table. I do want to mention right off the bat that to decorate them like farm animals you do need a royal icing recipe or an edible food decorating pen.

In the past I've made both pastel and football cake pops, so I thought I'd be up for making barnyard animals for my son's birthday. Cake pops are really just cake and frosting combined, and put on a stick dipped in chocolate. They're also the perfect size to enjoy as a little taste of dessert if you have a lot of sweets at a party and don't want a full piece of cake.

How to Create the 'pop'

I had also made farm animal sugar cookies for the party, and I was able to use my leftover royal icing for the farm animal ears and faces. You could make these with an edible pen or with extra melted white chocolate as well. I found royal icing to be easier to work with for this application, and since I'm comfortable with royal icing this is my preferred method.

How to Make Royal Icing Transfers

Royal icing transfers are simply icing designs that you make on parchment paper that you allow to dry. To make the farm animal pigs and cows I made pink and black ears with royal icing, allowed them to dry and then adhered them to the chocolate with additional royal icing acting as glue. You want to give the transfers a few hours to dry so that they don't break apart. I usually peel up the parchment paper so they pop right off to make sure they're ready to go.

To decorate the cake pops I used royal icing to add eyes, a snout for the pig, a beak for the chick and spots for the cow. It took about 10 minutes and added a lot of character to the little creations!

To make the chick you need yellow chocolate, a bit of orange royal icing, and black icing or marker for the eyes. Dip your cake pop in white chocolate melted, then add your yellow food coloring to it. Submerge your cake pop. Once the chocolate has dried use your royal icing to add a little beak, feet and then using your black icing add eyes. Tip- I would make a lot more chicks than cows or pigs... they're a bit simpler and you don't have to add ears!

The cow needed spots, ears and a smile to be ready for the barnyard bash. I used black royal icing to add the spots and face. I tried white ears, but ended up making additional black royal icing transfers for the ears. A tip for black royal icing- combine whatever colors you have and add as little food coloring as possible. With black a little goes a long ways and it doesn't have to be completely black to appear black.

The pig might be my favorite. To make the pig I started with a pink chocolate cake pop, then added a snout with bright pink royal icing. I used a pink royal icing transfer for the ears. Once it had completely dried I used black royal icing to draw links on the ears and to put two lines on the snout. I also added eyebrows and a smile to make sure it was a cheerful pig.

How long are cake pops good for?

I would eat them within a week.

Can you freeze cake pops?

Yes. I recommend freezing before decorating with chocolate as it is a lot easier to store them that way.

How to get the circle shape of cake pops?

I usually just roll the combined dough in my hands to form a circle. Placing them in a mini muffin tray can help them keep their shape.

Thanks for checking out my post! Be sure to see our other birthday and party posts.

This site uses Akismet to reduce spam. Learn how your comment data is processed. 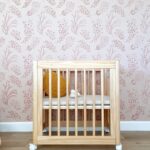